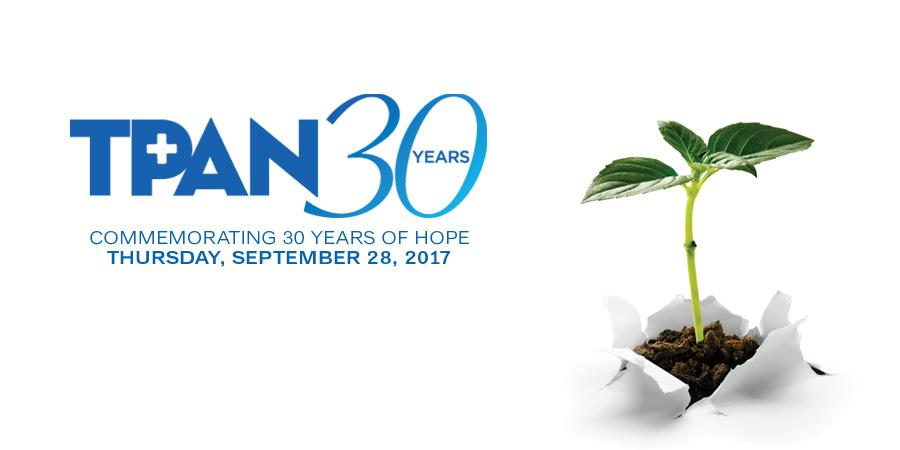 Test Positive Aware Network (TPAN), the north side nonprofit, will commemorate its 30th anniversary with a celebration event on September 28, 2017. “TPAN 30 Years of Hope” will be held at Moonlight Studios in Chicago, 1446 W Kinzie St.

The event will begin with a VIP reception, 6-7 p.m., allowing supporters to meet and greet with TPAN’s founding members. The general reception will begin at 7 p.m. and feature a tribute to TPAN’s founders, an open bar, hors d’oeuvres, and music from Marc ‘DJ Moose’ Moder. Peter Staley, an early member of ACT UP, the New York-based direct action activism group, will address the crowd. Staley was featured prominently in the 2012 Oscar-nominated documentary, How to Survive a Plague.

TPAN was founded in 1987, as Chicago’s grassroots response at the height of the AIDS epidemic. After testing positive for HIV, TPAN’s founder Chris Clason was told he was “too healthy” to receive services from local organizations—he should return once he has developed AIDS. Instead, Clason ran a newspaper ad for HIV-positive Chicagoans to join together in sharing information and support.

A group of 16 met in Clason’s living room in June of 1987 for their first meeting. They shared news clippings, announcements of drug trials, and personal stories of the emotional and physical hardship of living with the new disease. Together, they found their own answers to how to manage HIV infection—and more importantly, fostered hope for those living with HIV.

30 years later, TPAN continues to provide information, direct support services, and hope for those living with HIV, hepatitis C, and other related conditions.

Proceeds for the event will benefit TPAN’s continuous work to save lives and empower those affected by HIV and related illnesses.