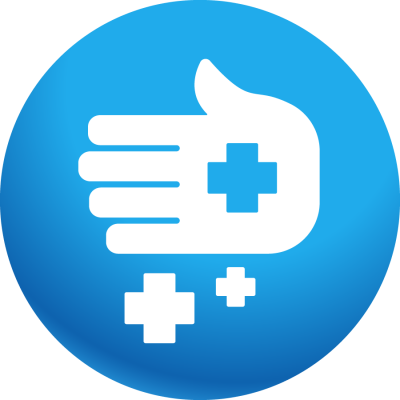 TPAN knows that comprehensive prevention services are the key to reducing the spread of HIV. Our organization is dedicated to a non-judgemental, harm reduction approach.

TPAN reaches thousands of people each year through testing, counseling, and education-and addresses the barriers that keep people from being tested and treated. Individuals who test positive for HIV or HCV are immediately linked to care and support services as needed.

We provide free, rapid HIV and hepatitis C (HCV) testing services, post-test counseling, referrals, condom and lubricant distribution at our office and throughout the city's Northside via a mobile unit. Concerned about your vulnerability for HIV infection? Learn more about transmission.

HIV testing, HCV testing, and PrEP consultation services are available on MONDAYS and THURSDAYS from 12-4 PM by appointment only. To schedule an appointment, call JOSHUA at (773) 989-9400 x269 or j.gutierrez@tpan.com.

Offered in conjunction with the Chicago Recovery Alliance, Health Access Resources Team or HART, is TPAN's onsite syringe exchange program provides access to free, sterile syringes and other health promotion materials and resources. Harm reduction counseling specific to vein health, safer injection procedures, and ways to reduce HIV and hepatitis transmission is also available. Are you concerned about your vulnerability for HIV infection? Learn more about injection drug use and HIV risk here.
HART is available
TUESDAYS and FRIDAYS from 12-4 PM:
This is a walk-in service and you do not need an appointment beforehand.
Contact Joshua, Prevention & Health Education Manager, with questions about our Syringe Exchange Program at (773) 632-5569 or j.gutierrez@tpan.com.

One pill a day can prevent HIV transmission

PrEP stands for “pre-exposure prophylaxis,” an HIV preventative medication that, when taken as directed, can protect an HIV-negative person from contracting the virus. To reduce their risk of infection, an HIV-negative person takes a medication every day. In the event of an exposure to the HIV virus, the PrEP medicine in the person's bloodstream can help stop HIV from establishing a permanent infection in the body.

PrEP is most effective when taken consistently each day. According to the CDC, by using PrEP daily as prescribed, you can lower your risk of contracting HIV from sex by more than 90% and from injection drug use by more than 70%. Adding other prophylaxis strategies, such as condom use, along with PrEP can further reduce your risk. Two medications have been approved by the FDA for use as PrEP, your provider will help you to choose which one is right for you.

Is PrEP right for me?

PrEP is for those who do not have HIV, but who may be susceptible for becoming infected with HIV through sex or injection drug use. To be effective, PrEP must be taken every day, as prescribed. PrEP may be right for you if:

TPAN staff can assist you with a referral for a PrEP provider. Contact Joshua, Prevention & Health Education Manager, at (773) 632-5569 or j.gutierrez@tpan.com.

Lifeline is a program that allows participants to learn and master HIV risk-reducing behaviors, while receiving referrals to quality healthcare. Lifeline clients are helped to recognize their personal vulnerability for HIV/AIDS, come up with attainable risk-reduction goals, develop increased health awareness, improve physical and emotional health, and create healthier lifestyles. Besides goal-setting and health education, Lifeline helps clients to access social service and community resources, which help to mitigate health disparities. Eligible Lifeline clients are asked if they would like to participate during their HIV and/or hepatitis C (HCV) test session.

Lifeline is available by appointment only Monday-Friday.

TPAN’s Mobile Testing Unit (MTU) provides local access for HIV and hepatitis C testing throughout Chicago. To find the MTU in your neighborhood, view our agency calendar for upcoming times and locations.