International HIV/AIDS Fundraiser Dining Out For Life Returns to Chicago 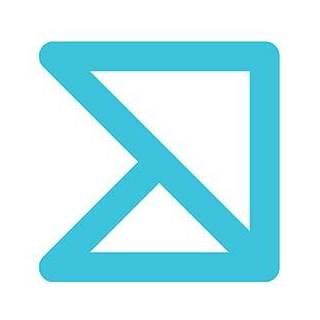 On April 26, 2018, Chicago will join 60 other cities across North America to fight the spread of HIV/AIDS through the Dining Out For Life benefit.

Dining Out For Life is an international fundraising event, raising vital funds for local HIV/AIDS nonprofits through partnerships with restaurants and the generosity of diners. Participating restaurants donate a portion of their daily sales to a local nonprofit.  Since 1991, Dining Out For Life has raised vital funds and awareness for those affected by HIV/AIDS—while introducing new patrons to community-minded businesses. In 2017, more than 3,050 restaurants participated through the United States and Canada, raising over $4.2 million for those affected by HIV/AIDS.

“Chicago’s restaurants have long been a point of pride for the city—we were named both ‘best restaurant city of the year’ by Bon Appetit and ‘best restaurant city in America’ by Condé Nast Traveler in 2017. This event is an opportunity for Chicagoans to save lives by doing something we all do and love: going out to eat,” said Patti Capouch, TPAN CEO. “Working together, our business community and dining public can make a measurable change in the spread of HIV.”

In 2018, funds raised will benefit Test Positive Aware Network (TPAN), the north side AIDS service organization. Founded in 1987, TPAN provides free services, including education, emotional and crisis support, and referrals, to those living with or vulnerable to HIV, hepatitis C, and related health conditions.

TPAN is known for its outreach in and close connection to Chicago's LGBTQ communities. The agency hosts the annual Ride for AIDS Chicago and the international social media anti-stigma campaign, A Day with HIV—both of which showcase the abilities of those affected by HIV/AIDS. To make way for Dining Out For Life, TPAN's second longest running fundraiser, Barlesque, an online strip-a-thon, will not be held in 2017. “TPAN continually strives for new ways to connect with supporters and serve Chicago's vulnerable populations,” said Capouch. “Chicago’s business community has always been an active partner in supporting our efforts to end the spread of HIV. We look forward to continuing the relationships built with bars and restaurant through Barlesque, and creating new partnership through Dining Out For Life.”

Dining Out For Life will be held at restaurants throughout the city on April 26, 2018. Learn more, volunteer, or recommend a restaurant at tpan.com/diningout.