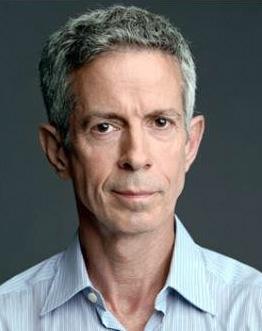 Chicago, IL: TPAN (Test Positive Aware Network) will celebrate 30 years of service to Chicagoans who are living with or vulnerable to HIV and related health conditions at TPAN: 30 Years of Hope. The event will be held on Thursday, September 28, 2017 at Moonlight Studios, 1446 W. Kinzie St., in Chicago’s West Loop. The evening begins with a VIP reception from 6-7 p.m., where supporters will be able to meet some of TPAN’s founding members and renowned HIV activist Peter Staley. The general reception begins at 7 p.m. and will feature the founders and keynote speaker Staley, who is an early member of ACT UP New York. 2016 Barlesque 9 winner Rob Racine will be the emcee for the evening, with music from Marc “DJ Moose” Moder, an open bar, and hors d’oeuvres will be served. Tickets are $175 for the VIP Reception and $125 for General Admission. Tickets may be purchased online by visiting tpan.com/tickets.

Bernie Brommel, one of the first members of TPAN, recalls what it was like in 1987 when the world had very little information about HIV/AIDS. “You couldn’t go in [to the hospital] and see somebody who was sick or dying. I went to see many, many people… and we had to wear gloves and masks.” TPAN has maintained a steadfast loyalty to clients and community throughout its 30-year history. In a time when people living with HIV can be expected to live a near-normal lifespan, TPAN has a lot to celebrate. However, the battle against HIV/AIDS is far from over. On September 13, 2017, Windy City Times published a five-page account of Brommel’s experience with HIV/AIDS in the 1980s and the beginning of TPAN. Those who can recall the experience of not knowing what was happening to their community during the early years of the epidemic, as well as those too young to remember, are invited to come together at TPAN: 30 Years of Hope. The evening will truly be one of reflection, honor, and hope, while looking toward to the future of TPAN and the eradication of HIV and AIDS.

About TPAN: TPAN is a nonprofit (501c3) agency located in the Edgewater neighborhood of Chicago. TPAN serves those living with and vulnerable to HIV/AIDS and related health conditions, and is publisher of the leading national HIV treatment magazine Positively Aware.